Fresh Start in February? Be a Resolution Revolutionary! 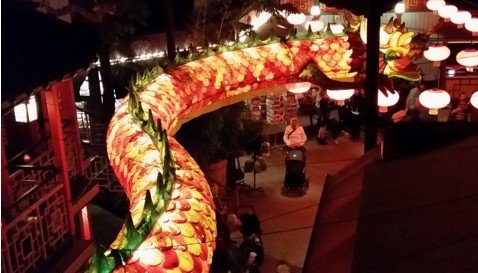 8th February is known by many names; Shrove Tuesday, Mardi Gras, Pancake Day… A less popular factoid is that it is the last day before the Lenten Season. For all you heathens out there, Lent represents the 40 days and nights Jesus spent in the wilderness battling temptation. Similarly, Christians are supposed to fast or, more modern, give something up till Maundy Thursday (the last supper). Ok, enough religious history, where is my ramble going? Well it ties in with the better known New Year’s Resolution scheme. Statistically, about 80% of NYR’s fail by the second week of February. What an interesting coincidence this year. Virtually the same week most everyone gives up on resolutions is the same week 17% of adults go back on a version of resolution for Lent. I fear that I fall into both groups. I’m the 80% that has given up and the 17% that will try again, but I kind of like the idea of getting a second chance. Call me crazy.

If you’re really not into all that Christian history, I have great news for you. Chinese New Year is Monday!!

It will be the year of the monkey. You can’t get much more fun than a monkey year! While most of us westerners eat black-eyed peas or cabbage to start the New Year on a lucky and fortune-filled note, the Chinese have a whole other list of do’s and don’ts to make sure you start safe and healthy. Here’s a couple of fun ones, “Medicine: Taking medicine on the first day of the lunar year means one will get ill for a whole year. New Year’s breakfast: Porridge should not be eaten, because it is considered that only poor people have porridge for breakfast, and people don’t want to start the year ‘poor’ as this is a bad omen.” See link above for the complete list. I feel like I have already washed away some hair good luck, but no fear on sweeping it out the door. You’ll get this bad joke if you read the link, sorry.

All of that New Year, Lent, Monkey business is to say that now is the time to re-evaluate your life or business if you’re not where you want to be in February 2016. I could give you a new reason or occasion every day, but I have no desire to blog that much. It’s never too late to reassert those dreams and ambitions. Make this Monkey Year your year to hike Hadrian’s Wall, fast chocolates for 40 days (harder than that wall IMO), or to finally launch that business idea you have been sitting on and trying not to tell people because you thought they would steal it.

Though I can’t help you with those first two decisions, I can help with the last. Instead of starting with a team of 1, start with a team of 1 plus all of us. We can book your diary, log support calls, get rid of pesky telesales calls, or simply take the call so you can sound more professional. We also have loads of business experience and connections. Put them to work for your small business.

Factotum aims to be more than just a great virtual reception company, we want to be your partner and take pride in knowing your business inside and out.